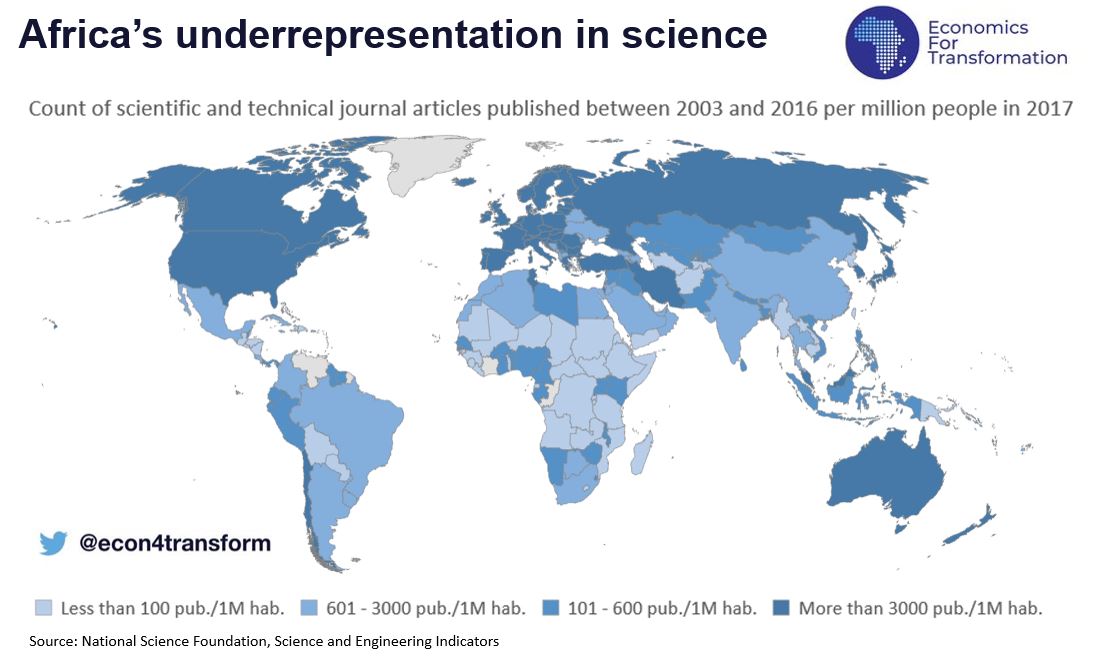 Unfortunately, sub-Saharan Africa lags behind. The population adjusted sum of articles published in respected journals* by authors with an institutional address in Africa is the lowest amongst all regions in the world. At the same time only 7.4% of global think tanks are in sub-Saharan Africa and 60% of those are at risk of disappearing.** Despite large investments in capacity building in Africa, little institutional capacity was built and governance indicators have remained flat or weakened (WBG Governance GP, 2017).

The Think Africa Partnership addresses this issue by focusing on supply and demand for economic knowledge uptake and providing stronger linkages between the two. Supporting home-owned ideas, we allow governments to be more effective and integrating domestic and international ideas more effectively.

We provide data and analytical support to African chief economic advisors on one hand, and stimulate debate among scholars and academics on African economic policy issues on the other hand. We believe in supporting an environment for sustained reforms by increasing the critical mass of scrutiny and informed citizens and creating constituencies advocating for these sustained reforms.